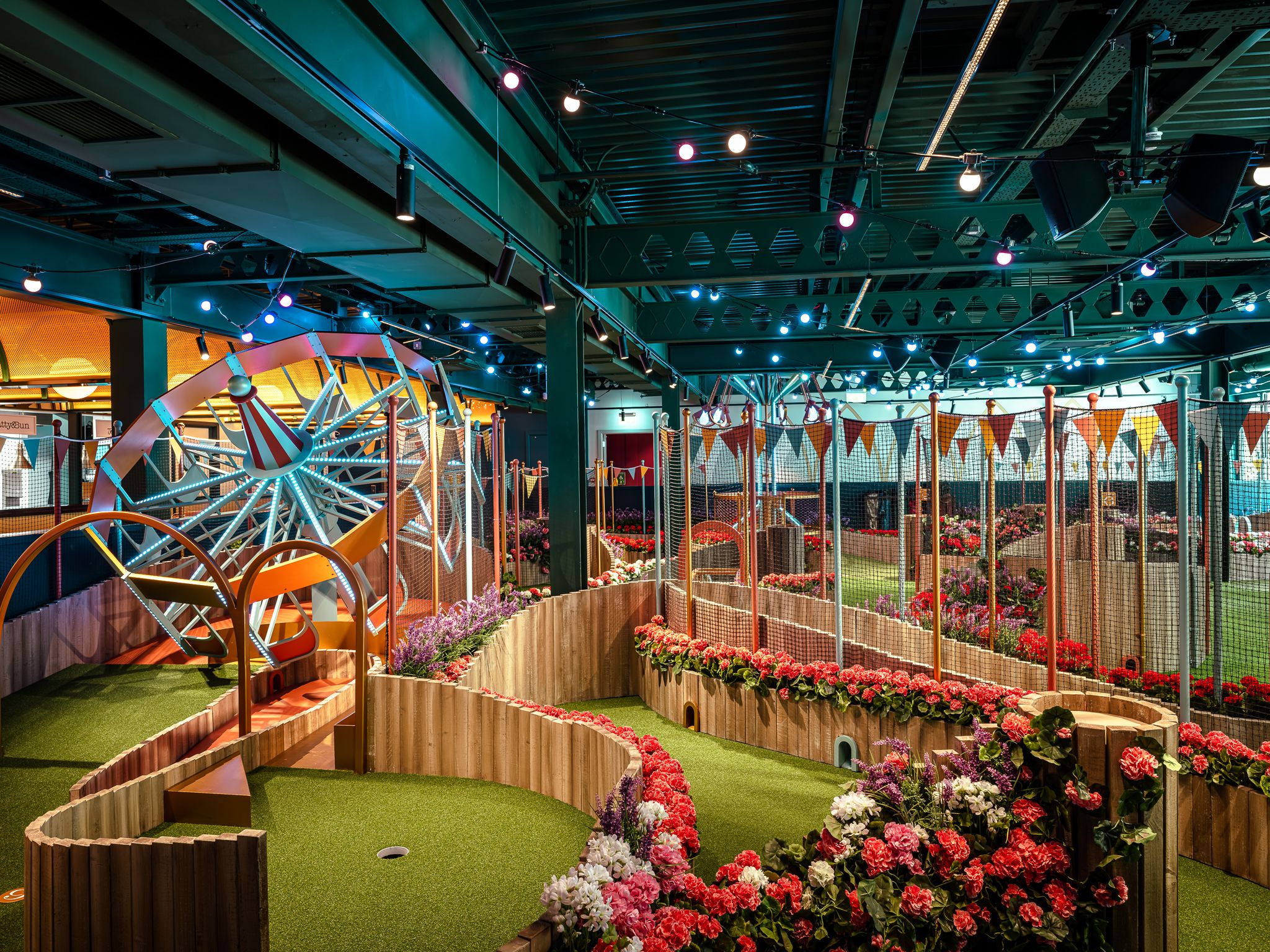 Swingers started life in 2014 as а five month pop-up in a leaky warehouse in London’s Shoreditch, when founders Matt Grech-Smith and Jeremy Simmonds wanted to test out whether a venue that combined crazy golf with cocktails and street food could be a success. News of the pop-up went viral and the tickets sold out instantly, convincing Matt and Jeremy that Swingers needed to find a permanent home!

The first permanent Swingers location opened in the City of London in May 2016 and was a hit from the start. British GQ called it “London’s new Friday night” and “One of the 60 best things in the world”, as well as nominating it for “Best Experience” at the GQ Food & Drink Awards.

Swingers opened their first US site in Washington DC in June 2021 and their next site, in Manhattan, New York City, opened in June 2022. Swingers has a number of US openings slated for 2022, 23 and 24, to be announced soon.